Neuramatix has been researching, developing and commercialising neuronal technologies powered by a proprietary neural engine called NeuraBASE™. This approach provides the ability for machines to learn pattern from data and to express information in much the same way as the human brain learns, stores, retrieves, and expresses information. 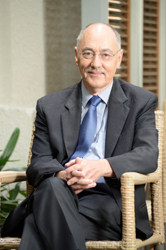 This includes hardware and software development, military systems development, overseeing implementation of the IT infrastructure and development of the Touch ‘n Go prepaid card in Malaysia (the first in the world for tolls and multi-company settlement).

Robert is the developer of the NeuraBASE™ technology which is the basis for most of the applications developed by Neuramatix and its subsidiary companies. He is also the Managing Director and co-founder of Malaysian Genomics Resource Centre Bhd (MGRC), one of Asia’s leading providers of genome sequencing and analysis, and genetic screening services.

As Founder and Director, Robert Hercus provides overall leadership for technology development and business enhancement of the Group. He provides consultative advice on all aspects of the Group’s operations. 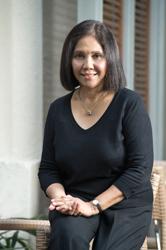 Datuk Munirah Binti Haji Abdul Hamid
Founder & Director
Datuk Munirah earned her LLB (Hons) from the University of London. She has over 38 years’ experience in running various businesses. In the late 1970s, jointly with her husband, Robert, she set up the first independent software house in Kuala Lumpur. From 1985 to 2000, Datuk Munirah worked as Managing Director, Chief Editor and Executive Producer for a publishing house which also produced various programmes for television.

She is currently the Managing Director of Neuramatix and its subsidiary companies. She is also the Executive Director and co-founder of Malaysian Genomics Resource Centre Bhd (MGRC), one of Asia’s leading providers of genome sequencing and analysis, and genetic screening services. Besides contributing significantly towards the Group’s continuing growth and expansion into new markets, she is responsible for the administrative, legal, accounting, human resource and marketing functions.

In addition, Datuk Munirah is an active social worker who has contributed significantly to society for more than 40 years, especially for the betterment of women and children in education. Working together with her childhood friends and other volunteers, she is the main coordinator of a soup kitchen project that feeds and provides basic medical service to Kuala Lumpur’s homeless and poor four nights a week.